Responsible for this content
Ammergauer Alpen GmbH Verified partner  Explorers Choice
Due to the closure of the Grottenweg, diversion via the Kreuzigungsgruppe and further along the Ammer to Döttenbichl has been set up!

Two highlights in one tour. The experience of reaching the summit of the Kofel and a panoramic route that ends in a typical Bavarian treat at the Kolbensattel Hut

moderate
Distance 11.2 km
Duration3:30 h
Ascent716 m
Descent713 m
Highest point1,315 m
Lowest point843 m
As soon as you embark upon an ascent of the Kofel, you will find yourself on terrain that is interesting in historical terms. On the Döttenbichl to your left hand side, numerous articles originating from the 19th Roman Legion have been found. Under the leadership of Drusus, the Legion arrived here on an Alpine campaign in the year 15 BC and were later slaughtered by Varus in the Teutoburg Forest.

The summit of the Kofel offers fabulous views in several directions. To the North, you will see the Pulvermoos Moor and the Ammer Valley, whilst the Weidmoos Moor lies to the South. These two low-lying moors originated from the same Ice Age glacier lake. The rock-free and wooded Aufacker, which lies to the East, had virtually no trees at all 100 years ago. More than 1,000 cattle and sheep used to graze on its slopes.

There are also beautiful views over to the Kolbensattel Hut whilst you are still on the ridgeway. The path takes you through shady mixed mountain forest. This form of woodland is typical of the Northern Alps and comprises spruce, beech, silver fir, sycamore maple, wych elm and ash.

Once you arrive at your destination, you will be rewarded with fantastic views over the Ammer Valley. These can be enjoyed from the terrace of the Kolbensattel Hut with a cool drink and a tasty Bavarian snack.

Tired hikers take the Alpine Coaster from the Kolbensattelhütte down to the valley.

The Kofel (1342 metres) is also referred to by locals as the "Oberammergau Matterhorn". It is a notable landmark that provides an interim destination offering fabulous views on your way to the Kolbensattel Hut.

From the Tourist Information Centre, leave the village by proceeding in a southerly direction, passing the tennis court and the cemetery until you reach the Döttenbichel.

Go past the Döttenbichel. At a large clearing, turn diagonally right and ascend across a field to reach a bench at the edge of the forest. From here, the route splits into numerous steep and twisting pathways which lead up into the mountain forest.

Passing a corrie and rocky walls, you will eventually reach the col of the Kofel. The more demanding part of the tour begins here. After a few minutes, you will see the first passages secured by wire rope. These offer useful support on the ascent to the summit of the Kofel.

The effort is worth while. After about 20 minutes, you will reach the summit of the Kofel via the via ferrata.

Descent is once more via the small via ferrata to the col of the Kofel. From here, an easy path over the Königssteig takes you along an attractive high panoramic route as far as the Kolbensattel Hut.

After a refreshment stop at the Kolbensattel Hut, you will have a walk of about 1 hour back to the car park in Oberammergau. Another option for a fast descent is to test the "Alpine Coaster".

Guests in the Ammergauer Alps Region can use their electronic guest pass or the "KönigsCard" to obtain free bus travel.

A95, B23 to Oberammergau via Ettal

Book recommendation by the author

You can enjoy an unforgettable hiking experience in the Ammergau Alps as long as you have the right gear. Visit the "Best of Wandern" Test Centre in Bad Kohlgrub to try out the latest outdoor equipment free of charge. 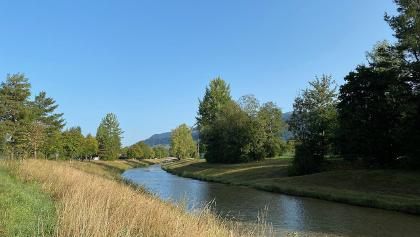 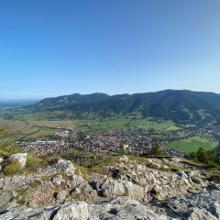 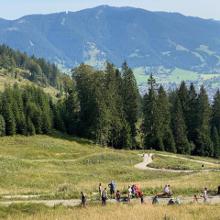