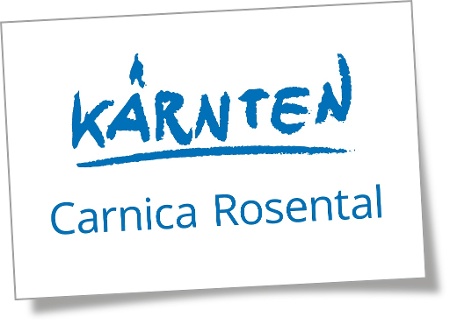 One of the more beautiful cycling routes is the Upper Sava River, which leads through the former railway line from Mojstrana through Kranjska Gora to Italy. It is officially known as the Jure Robič Cycling Path and is well known as the best, the most famous and the longest in Gorenjska. It is marked with the official code D-2.

It runs from Jesenice to the border crossing at Rateče with a total length of about 28 km. From here you can continue to Italy towards Tarvisio past Žabnica to Pontebe.

We follow an abandoned railway line, then we cross at Thörl-Maglern and cycle through small villages alongside the Gail, on the southern side of the Villacher Alpe, and in parts also through the Dobratsch Nature Park.

Enjoy a leisurely ride on the Ciclovia Alpe Adria cycle path from the state border towards Arnoldstein. At the foot of the corner of three countries, there are some nice places to stop for refreshments, as well as the remains of the abbey Arnoldstein and the old shot-tower for a cultural stopover. Cycling along the species-rich landslide area at the foot of the Dobratsch Nature Park, you will reach Villach-Warmbad, which is well-known for its thermal baths and its lovely surrounding area, without any major differences in altitude. A bit further along the river Gail, this cycle path joins the awarded with five stars Drau Cycle Path. Discover small lake Silbersee and continue on your way to the imposing monastery Wernberg, towering above a river area that is the home for a great number of birds. From there you can follow the Drau through many small villages until you get to the charming small town of Rosegg.

At Rosegg you will follow the river Drau downstream to the east. Mostly along well drivable causeways the way leads through the enchanting Rosental. Beautiful views to the Karawanken mountain range and cultivated landscape along the route provide a beautiful scenic variety. Your stage destination is the rose municipality Feistritz im Rosental.

From the rose municipality Feistritz, we will follow the Drauradweg further east. Castles and lakes line the route and the Karawanken are always in sight. In front of the village of Gallizien we leave the Drauradweg and drive on less frequented roads to the village of Miklautzhof. There we meet the bike path R1E, the Seeberg cycle path. We follow this paved bike route till