The Kleiberg pastureland nature reserve owes its character to the former military use. Today, semi-wild cattle and horses graze the large, open areas and thus ensure that no trees can grow. Three dry valleys – so-called Schledden – cut through the reserve, resembling canyons in places.
moderate
3.9 km
1:10 h
65 m
65 m
The Kleiberg is a former garrison training area, which has no longer been used for military purposes since 2004. Today, the land is grazed. Many songbirds, such as Skylark, Yellowhammer, Tree and Meadow Pipits and Red-backed Shrike, can be observed here. Typical plant species of the Kleiberg are Spiny Restharrow, Common Centaury and several orchids. The area is known for its diversity of amphibian species. The endangered Yellow-bellied Toad occurs here.

On the northwest edge of the nature reserve is the "Steinkiste", a Neolithic gallery grave.

The Bismarck Tower three kilometres southeast of the Kleiberg, on the B229 between Wippringsen and Delecke, offers views over almost the entire Westphalian Lowland. Four kilometres south of the Kleiberg is Lake Möhne and two kilometres north of the area there is the ancient Hanseatic city of Soest with its numerous old churches and half-timbered houses, as well as its almost completely preserved city wall.

An extensive network of mainly gravelled paths gives pedestrians and cyclists access to the Kleiberg. For wheelchairs, some of the gradients are too steep. On this circular route, there are two approximately four-meter-high observation hills in the centre and in the east of the area that are accessible by stairs.

You reach the area via the B 229 (Soest - Arnsberg). South of the A44 Autobahn several side roads branch off to Hiddingsen or Büecke. In Hiddingsen, follow the signs to the restaurant "Steinkiste".

In Hiddingsen, park alongside the Körbecker Straße (concrete road) before the street leads off to the right to the restaurant "Steinkiste".

You are recommended to take binoculars for bird watching. 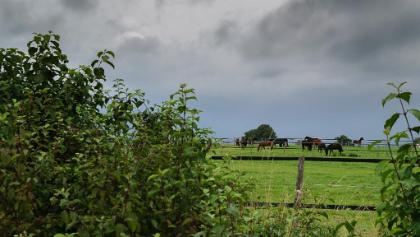 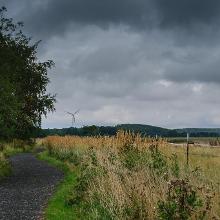