Hello everyone, i am planning to hike through the night in ...

One of the most famous ascents to the Zugspitze begins with the wild and romantic Partnach gorge and continues through the visually spectacular Rein valley via the Schneeferner (glacier) to the summit of the Zugspitze.
difficult
Distance 21.4 km
Duration10:00 h
Ascent2,422 m
Descent242 m
Highest point2,962 m
Lowest point730 m
This trail truly takes you in historic footsteps: this was the route taken in 1820 by the second lieutenant Josef Naus, the first man to reach the summit of the Zugspitze. A breathtaking beginning through the Partnach gorge lead on to further Alpine highlights: the ascent through the Rein valley is one of the most beautiful routes to the Zugspitze summit. This route is also one of the longest, but makes up for this by being slightly less demanding and is very well signposted. With the Reintalanger and Knorr huts offering the chance for lunch and/or overnight stops, you can this tailor this trail individually into one or two day stages.

For a more detailed description of the tour, please refer to "PDF Print" above.

If you plan to split the hike over two days, you can afford to start on the first day as last as the afternoon. The journey to the picturesque Reintalanger hut – your first chance for an overnight stop – only takes about 4 hours.

The cross at the summit of the Zugspitze can be accessed from the summit terrace via a steep, narrow footpath, which is suitable only for the sure-footed who do not suffer from dizzy spells. Be particularly careful when the ground is wet! The view from the terrace across to the summit is also very beautiful.

In the summit station of the Eibsee cable railway there is an exhibition on the history of the Zugspitze and its development as a tourist attraction which features many interesting and entertaining pictures, films and original exhibits.

High Alpine trail - you should have some Alpine experience, be fit, sure-footed and should not suffer from dizzy spells. Please check the Zugspitz rail schedule beforehand. Given the length of this trail, we recommend an overnight stop in one of the DAV huts. Overnight stops should be booked/reserved in advance – especially during holiday seasons.

www.alpenverein-ga-pa.de (for telephone numbers of huts to make reservations)

The next part of the trail takes you into the fascinating world of 702m long Partnach gorge, which reaches depths of up to 80m and which was sliced into the rock face over millions of years by the power of water alone. The path is secured on both sides by wire handrails. At the end of the gorge the valley widens once more. Here you should cross a small bridge over the Ferchenbach river, and proceed to follow the river as signposted toward “Reintal / Zugspitze”. The forest path eventually narrows and you will pass the Bock hut (2hr 45min), the Quelle an den sieben Sprüngen, the “Blaue Gumpe” –  a small mountain lake which was almost completely covered with boulders in 2005 – before reaching the romantically situated Reintalanger hut (a further 2 hr, altitude 1370m), which offers the chance for an overnight stop. The trail – from this point on with Alpine markings of red circles painted onto the stone – continues past the source of the Partnach river, and after a steep stretch of path you will pass the Veitlbrünnl and eventually arrive at the Knorr hut (2 hr, 2051m), which also offers overnight accommodation. The hike to this point should take about 8 hours in total.

The descent is possible either with the Eibsee cable car from the summit or the Zugspitz funicular railway from the Zugspitz plateau, which takes you all the way back to the Garmisch train station. From here you can take the regional bus number 1 or 2 take back to your starting point at the Olympic Ski Stadium.

Take the train to Garmisch-Partenkirchen (hourly connections from Munich). From there take the local bus route 1 or 2 to the Olympia Skistadion.

Take the motorway A95 to its end at Eschenlohe, and then follow the state road B2 to Garmisch-Partenkirchen. After the tunnel drive in the direction of the Partenkirchen part of town. Near the end of the town, follow the signs to the Olympia Skistadion (Olympic Skiing Stadium).

If you are coming from Mittenwald, take the state road B2 to Garmisch-Partenkirchen. Turn left at the first possibility. Follow the signs to the Olympia Skistadion (Olympic Skiing Stadium).

If you are coming via the state road B23, drive to Garmisch-Partenkirchen and turn right onto Gernackerstraße at the second traffic lights. Follow the course of the road (St.-Martin-Straße, Bahnhofstraße). Turn right at the intersection at the town hall and stay on the main road until signs point you to the way to the Olympia Skistadion (Olympic Skiing Stadium) near the end of the town.

At the Olympia Skistadion (Olympic Skiing Stadium), some of which is paid parking (P13).

Having the right equipment is important: mountain boots, telescopic walking sticks, sufficient provisions and fluids, sun protection for face, eyes and skin (glacier!) and weatherproof clothing (the weather at this altitude can change very suddenly).

Question from Mazen Al-ashry · July 27, 2021 · Community
Hello everyone, i am planning to hike through the night in order to catch the sunrise at the summit, would anyone recommend that ? any tips/advices. Thanks
Show more Show less
Answer

Question from Micaela Lucía Cubela · July 20, 2020 · Community
Hi! Does anyone know whether this route includes any climbing? I'm looking for a route to the summit that doesn't require climbing equipment. Thanks!
Show more Show less

Answered by Alexander Hartmann · July 20, 2020 · Community
Moin Micaela! For this Route is no climbing equipment requiered. Greatings and have fun on the tour Alexander
1 more reply 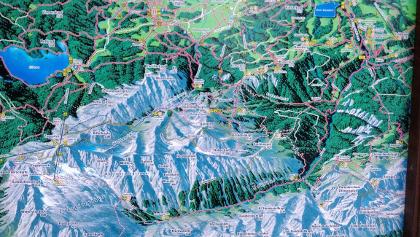 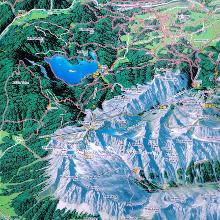 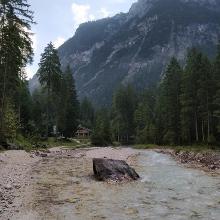 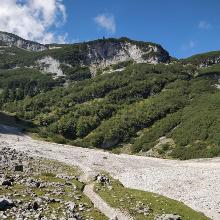