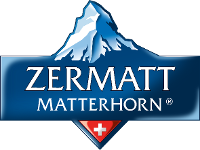 This peaceful place of worship stands on a mound facing the Matterhorn at an altitude of 2,590 m. The view from the “Bruder Klaus” chapel at Riffelberg of the Matterhorn and the valley below is unforgettable. The chapel’s profile echoes that of the Weisshorn across the valley.

The chapel was consecrated in August 1961 by Arthur Elchinger, Bishop of Strasbourg. It is owned by the municipality. The patron saint is St Nicholas of Flüe, also known as Brother Klaus, one of Switzerland’s patron saints. The plans were drawn up by the architect Ferdinand Pfammatter. The profile of the building corresponds almost exactly to that of the Weisshorn, the pyramid-shaped 4,000-metre peak on the other side of the valley.

A modern spirit
The modern building is decidedly different from the baroque chapels in the various hamlets around the village. Natural stone walls are interrupted by glass windows; the roof is extended towards the front and protects the entrance. A small bell hangs in the tower, which is shaped like a pointed triangle. The interior is bright, thanks to the large windows; natural stone walls alternate with wood panelling. A statue of St Nicholas stands on the right-hand side. The altar is made of sandstone, with a wrought-iron tabernacle and the symbols of the Eucharist in enamel and a cross of rock crystal.

Painting from Barcelona
In 1964, Hans Schäffer, owner of the world-famous gallery in New York, donated a magnificent altarpiece, a painting made in Barcelona around 1400. It is very likely that it was originally part of a winged altarpiece from a Catalan church. It portrays the Mother of God on a rectangular throne with the infant Jesus on her arm. On each side there are four angels singing and playing music. The whole picture is completed with leaf-like ornamental shapes and a Gothic pointed arch.