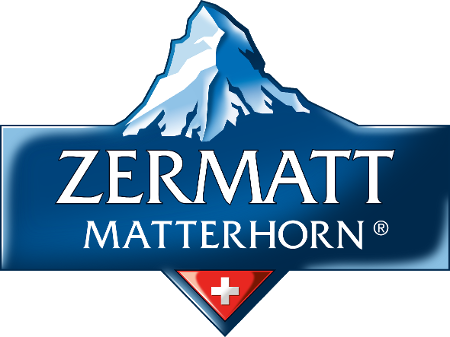 Among the attractions are the Trufferhaus along with many old stalls, which have been converted to living quarters. The old, renovated Valais houses as well as an old mill and the Backhaus all bear witness to past times and the living conditions of the village residents.

Täsch was not always at the same location. Täsch was buried under a massive rockslide at Täschgufer sometime before 1400 according to the handed down tradition. The village was rebuilt at its present location around 1400. In the local dialect, “Gufer” means “scree” or “rubble.”

Trufferhaus
The Trufferhaus is one of the most valuable buildings in the village. It was built in 1766 and is therefore one of the village’s oldest structures. It is an example of the true Valais style with the south side timbered on wood and the north side built on stonework. It has been renovated but is not occupied. Here the Kronig brothers once lived who worked as blacksmiths, saddlers and coopers. Later, the building was the home of the Truffer family. Other renovated Valais houses in the village are beautiful subjects for those taking photographs.

Barns, Granaries and Stables
Wherever one looks, large and small buildings can be seen that have the typical dark, weathered larch wood colouring. Until 1950, most of the residents made their living from farming. Barns, granaries and stables were their farm buildings. These are wooden structures for grain, stocks, provisions, cows and small animals. The barns are built on round, stone slabs, which keep the mice out. Granaries served as storage space for food, grain, flour and dried meat.

The Täsch Stream
The catchment area of the stream reaches from the slopes of the Rothorn over the Rimpfischhorn to the Alphubel, all of which are mighty four thousand-metre peaks. The stream has behaved accordingly: it has been the cause of flooding several times: 1870, 1957 and 2001. Construction measures at Weingartensee, on Täschalp and in the streambed have quieted the stream. The Mattertal is a low precipitation valley. Therefore, it can happen that the waterfall at the beginning of the village is just a trickle.

Old Mill and Backhaus
Two old wooden structures always draw attention. Once or twice a year, the residents gather in the old Backhaus to bake sourdough bread together. The result is the typical Valais rye bread. And between Christmas and New Year, the Old Mill is brought back to life.

Excursion to Schalisee
Families with children and those seeking relaxation will enjoy a refreshing swim in Schalisee. Grill with table and benches, small drinks and restaurant hut, playground, WC. Offered in summer: water-skiing, nearby golf course.

Insider’s tip 1: Watch the baking in the Backhaus and in the mill in December and or at the end of the year.

Insider’s tip 3: Various hikes with exceptionally beautiful views: in the Schali Glacier basin with the Schalihorn and Weisshorn.

4. Well of the village and drinking water

5. About stables, storage rooms and barns

6. History about the Täsch stream

7. The house of the family Truffer / Kronig

8. Montains, alpinisme, mountain guides, and the ice axe from Willisch

The drive from Visp to Täsch takes about 30–40 min. The road leads through the wild and beautiful Mattertal valley. By train to Täsch: less than 3½ hours from Zürich airport or 4 hours from Geneva airport. Change at Visp onto the Matterhorn Gotthard Bahn (Matterhorn Gotthard Railway). From Visp, the railway leads through the Mattertal valley past idyllic small villages to Täsch.

The drive from Visp to Täsch takes about 30–40 min. The road leads through the wild and beautiful Mattertal valley.

Täsch has car parks with both covered and open-air parking – e.g. at the Matterhorn Terminal or privately operated facilities.